Jo Lane has ridden all her life, competing as a Pony Club rider and hunting with the HH, so it was natural that she should move into employment in the equestrian industry on leaving school. 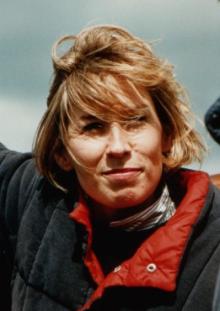 As Secretary to one of the first racing syndicates specialising in group ownership of a number of racehorses she gained a strong understanding both of the racing industry and the commercial opportunities available in racehorse ownership. Her syndicate included a number of high profile names.

In her time as Secretary to the National Trainers' Federation (the professional body for licensed racehorse trainers) on a daily basis she advised trainers concerning the problems that they regularly face. These included employment issues, contracts, owner disputes and regulation by The Jockey Club including disciplinary inquiries.

On leaving the National Trainer's Federation Jo moved into horse insurance first with Kershaw Bloodstock Insurance and then with Pet Plan Equestrian, where she managed 'Bloodlines', their specialist racehorse insurance department. She handled insurance claims including claims for veterinary fees, loss of use and death of the horse. She was responsible for providing insurance cover for racehorses and stud stock of up to £5 million in value, as well as international eventers, show jumpers and dressage horses. Her advice on insurance issues, including actual and potential claims is regularly sought by horse owners.

Until 2004 she managed her own livery and competition yard of eventers and hunters, providing an exclusive service to livery owners which included the training and preparation of their horses.

From 1998-2004 she was a Director of the Event Horse Owners Association, a body formed to represent the views of event horse owners in the sport of Eventing.

Jo is closely involved with the South & West Wilts Branch of the Pony Club. With two children and their ponies she is fully aware of the issues facing parents whose children ride ponies.

Jo is responsible for the day to day running of Lane Equestrian and with her extensive knowledge of horses she can usually answer most of the questions directed towards the company. She is also the main contact in relation to horse insurance issues.